The consciousness of the cosmos is knowing the life and order of the universe and it allows you to experience yourself as pure energy and consciousness. It is considered a higher, yet at present an exceptional peak in human evolution which the race is expected to reach in a distant future. With self-consciousness, there is only good.

What is cosmic consciousness? Simple consciousness and intellectual awareness. The profound simplicity of that thought requires that a mind become one with the consciousness of the universe: the living Presence. According to Richard M. Bucke’s study, Cosmic Consciousness (Causeway Books) mankind has been evolving towards that goal for the past 300,000 years.

What is cosmic consciousness?

Although we possess physical bodies and mental attitudes, ultimately our deepest connection is to our spiritual source. Our ancestral race arose with a simple consciousness: awareness of one’s self but with no knowledge of, or concern for, good and evil.

What set man apart was his ability to accumulate sense impressions and form these into concepts about his world. Intuitions then evolved increasing the brain’s capacity for thought, language and self consciousness. Man thus came to think of himself as a distinct entity, separate from the rest of the universe. 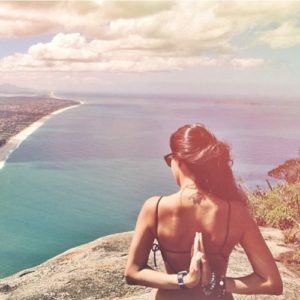 When is one in Cosmic Consciousness?

Separate also in that he developed a moral nature with its fears and joys. With morality, came the beginning of wisdom. Pondering his experiences, man developed beliefs and ideals with which he directed his life. However, prophets advanced the concept of heavenly beings who had control over mundane daily existence.

And man’s mind turned outward. The universe’s impulses of life – situations and events – came to be seen as directed and propitious. What is cosmic consciousness then? Slowly, individual by individual, an awareness grew: that there is a sensibility to the life and order of the universe and that somehow man has a part in it. This, then, is Cosmic Consciousness. It is not a super-natural state, but a natural and foreordained growth of the awareness of man and his kinship with the universe.

As with all evolutionary changes, cosmic consciousness has emerged slowly and, initially, to a few individuals at a time. Some of these – Gautama, Jesus, Mohammed, Dante, Walt Whitman – brought to mankind what they themselves had discovered and what they felt mankind should know concerning its spiritual identity and destiny. Their missions were to lead this present race to a deeper understanding of the totality of human experience.

How does one know when one is in cosmic consciousness?

When we experience absolute assurance that the universe is a living Presence that is infinitely good and that individual existence is continuous beyond death. When one has an increased capacity for learning and intuition, the sense of sin disappears, and there is an elevated moral sense and Joy. In other words, one is in Cosmic Consciousness when an indescribable feeling of joyousness brings the realization that one’s immortal soul, and the entire universe, with all its beauty, good and apparent evil, is of God.

How to achieve cosmic consciousness awakening

As humans, one of the extraordinary talents we have at our disposal is intellect. The ability to reason, to think abstractly, to make decisions based on facts and analysis is of tremendous value. We are also gifted with the power of intuition and the ability to tap into our spiritual side. But what happens when you’re trying to make major life changes and your intellect is telling you to choose one path, and your intuition is leading you in a different direction?

Spirit is the Life, Mind is the Builder, and the Physical is the Result. In other words, spirit is the source of all life. The mind focuses that energy into creative (positive) or destructive (negative) avenues of expression. The impact of our choices will eventually find expression in the physical, affecting ourselves and our relationships with one another.

The Spirit is life

Spirit is the enlivening essence in our bodies, most clearly represented as the “reproductive principle.” Our cells’ ability to renew and regenerate themselves is the most fundamental of universal laws and, is the first principle of spiritual forces. Our bodies contain within them the pattern to be whole and are continuously trying to achieve that pattern.

The mind is the builder

The part of us that begins the process of setting us apart as unique individuals is our mental body. It is here that the patterns leading to health or illness are created. The analogy of a film projector can be helpful in understanding this concept: The light bulb and projected light represent the Spirit, and the images on the screen are the physical result. The film, which patterns the light to create the images, is comparable to our mental body.

An important first step toward health is to choose one’s “ideal,” or .. the principal motivating force in our daily living. Meditation tops the list of the readings’ suggested techniques for pursuing spiritual growth and health. The readings say that all of us eventually need to learn to meditate, just as we once had to learn to walk. Meditation, with the use of proper attunement and affirmations, works physically with the endocrine and nervous systems to create new patterns of health.

The physical is the result

Each of our seventy trillion cells is a “universe in itself” with its own awareness, purpose, and needs. Each cell is working toward its own process of self-actualization, and it can reach a higher state of health as it has its basic needs taken care of. Verify your principles, and experiment to accomplish this.