Learn about the Study of Noetic Sciences

What is Noetic Science? A new science is arising, a science of the human mind much broader than psychology has been to date. We have called it Noetic science, after the Greek word for intuitive knowing. Perhaps it is somewhat inaccurate to speak of it as though it were totally new; it might be better to refer to a Noetic emphasis in the human sciences. But the radical nature of the developments should not be underestimated. It is the second stage of a two-stage process. 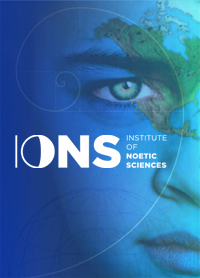 What is Noetic Science?

Every experience in life, everything with which we have come in contact in life, is a chisel which has been cutting away at our life statue, molding, modifying, shaping it. We are part of all we have met. Everything we have seen, heard, felt, or thought has had its hand in molding us, shaping us.

What are Noetic sciences and why are they important?

We need to remind ourselves from time to time why this endeavor in which we have joined seems significant, and to reassess where we are. Noetic comes from the Greek word for intuitive knowing.

The first stage, the rise of modern materialistic science, is one of the most important evolutionary leaps in human history.

Its essence embodies a remarkable proposition, namely that knowledge of the objective sense-perceived world should not be based on religious or traditional authority, nor the guarded property of an elite priesthood, but should be empirically based and publicly verifiable, open and free to all.

Thus there is not Russian chemistry and American chemistry, or Hindu physics and Christian physics. There is only science — the best framework of empirical relationships and conceptual models currently available, continuously tested in public by agreed-upon procedures.

The goal of the second stage, just begun, is creation of a similar body of knowledge, empirically based and publicly validated, about the realm of subjective experience. For the first time in history we are beginning to create a growing, progressively funded body of established experience about humanity’s inner life — and particularly about the perennial wisdom of the great religious traditions and Gnostic groups.

For the first time there is hope that this knowledge can become — not a secret repeatedly lost in dogmatization and institutionalization, or degenerating into manifold varieties of cultism and occultism — but rather the living heritage of all humankind.
This extension of scientific exploration, which we have termed Noetic, differs from the materialistic science of the past in a number of ways.

Where materialistic science was largely value – inattentive, Noetic science is centrally concerned with value issues. Materialistic science has tended to test knowledge by noting whether it leads to the ability to predict and control; while the consensus on validation of Noetic sciences has not yet emerged, it seems clear that it will have more to do with understanding than prediction, and more with joining than control.

Furthermore, it seems likely that the Noetic sciences will evolve in a way quite different from the evolution of materialistic science. The latter dealt with genuinely new discoveries, and as a result the changing view of reality in the culture tended to lag behind that of the scientists. In the case of the new science of subjective experience it is otherwise.

In part, at least, we are dealing here with rediscovery of truths that in some sense have been discovered over and over again, and have left their track in the culture more rapidly than in the scientific community. Changes in the view of reality held in the culture tend to lead to corresponding changes in the sciences; for example, the role of psychological attitudes such as faith in healing, and the conviction of spiritual reality that comes with certain altered states of consciousness.

Because the Noetic sciences are partially a process of rediscovery it is possible to anticipate what some of the essential characteristics will be. The new science is not really new. It is the esoteric core of all the world’s religions, East and West, ancient and modern, becoming exoteric, “going public.” As Aldus Huxley describes this “perennial wisdom,” it “recognizes a Divine Reality substantial to the world of things and lives and minds … finds in the soul something similar to, or even identical with, divine Reality … places man’s final end in the knowledge of the immanent and transcendent God of all Being.”

Whether it is implied by extrapolation from biofeedback training or psychic phenomena and the evidence for psychosomatic origins of illness, or whether arising from immediate intuitive experience, the fundamental profound insight appears to be recognition that in some important sense “I am cause and creator.” In some sense much more fundamental than is implied in conventional psychology, our belief systems create our reality.

The fact that the key characteristics of the emerging knowledge can be anticipated is very significant. It means that there is no need to wait decades, until the new science begins to take more definite shape, before beginning to act on its basic principles. The influence of these principles can be brought to bear on social and business decision-making right now.

It is generally recognized that industrialized society is at a crisis point. Choices relating to energy, environment, control of technology, growth, employment, land use, economic incentives, government and business roles, all seem to present more and more unpalatable trade-offs, and seem in this fact to indicate an underlying fundamental change of direction.

Western political tradition, based in a Judeo-Christian ethic, a force that has declined as the industrial-era paradigm has gained in influence, is wracked with self-doubts. Nation after nation is retreating from democracy. Contemporary political, economic, environmental, and social crises are reflections of an underlying moral and spiritual crisis of industrial civilization. Their resolution depends on the resolution of that crisis.

A Noetic science — a science of consciousness and the world of inner experience — is the most promising contemporary framework within which to carry on that fundamental moral inquiry which stable human societies have always had to place at the center of their concerns. We do well also to recall that it was this nation more than any other in recent times which has clearly — at its inception — given this knowledge the capstone position, as symbolized by the All-seeing Eye in the Great Seal on the back of the dollar bill.

Public acceptance of the validity of a Noetic emphasis in the human sciences has been rising. More importantly, there is widespread recognition of the need for deeper understanding of our spiritual nature and of the essential goals and characteristics of a workable humane society.