FacebookTwitterInstagramLinkedIn
How to break up gracefully

Breaking up is hard to do, but sometimes there’s no option. Learn how to break up gracefully, gently and compassionately and how to end a relationship… with your head held high.  Learn the art of dumping with dignity. Find the kindest way to break up.

When another person makes you suffer, it is because he suffers deeply within himself, and his suffering is spilling over. He does not need punishment; he needs help. That’s the message he is sending.

How to break up gracefully & handle a break up gently

Breaking up is never fun for either party, but you’ve got the easier job. Anyone who says it’s more painful to leave than to be left is either in denial or a blatant liar. They deserve your kindness and compassion. 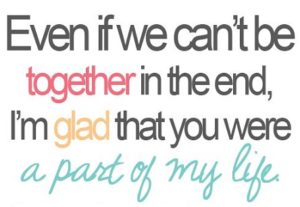 Wondering how to breakup gracefully?

Get help with a break up and coming to terms with the end of a relationship. We offer resources, info and tips below on how to break up gently with someone, breaking up gently but firmly and what to do with yourself once a relationship has ended.

Holding onto stuff you’d like to be free of? A very good indicator of wisdom, positive attitude as well as sound mental health is found in our capacity to let go.

Life is a series of choices of how to behave. Often we make these choices automatically, without really being aware of what we are choosing or why. No matter who left who, if you loved him or her, you’re hurting. There’s no point in denying it and no future in wallowing in it.

Tips on how to break up gently with someone

When breaking up gracefully and gently is the ONLY thing to do..

Still wondering how to break up gracefully? We all know how painful break-ups can be, so when it’s us doing the dumping we often try to minimize the pain with gentle hints and little white lies. But quite often our well-intentioned attempts to soften the blow only result in confusion, humiliation, and even greater pain to the dumpee.

Breaking up is rarely easy. You both had feelings for each other at one point, and maybe you still do. The key is to do it maturely, without deliberate pain, so that you can both move on with your lives and find someone better suited for you. A relationship really needs two fully committed people, so if one of you doesn’t want to be in the relationship any more, it’s best for BOTH of you to end it. That’s the key message to get across.

Don’t get into lots of blame-finding. There is always fault on both sides in a relationship that fails. Make sure you sit down face to face somewhere quiet. Never break up over the phone or via email, that’s completely unfair. A relationship is based on trust and dependability – don’t prove you’re unworthy of that in the final hour. Sit down and explain it’s not going to work. If your partner has questions, answer them as fairly as you can, but without going into lots of back-stabbing.

Breaking up isn’t about finding fault. It’s about you both being able to find “closure” to this relationship so you are able to then move on to a new one. It’s really in both of your best interests to end this cleanly. If you don’t, it will come back to haunt you in many ways.

If you can both accept that this was simply not meant to be, and that somewhere out there a new person awaits which IS perfect for each of you, you might even be able to stay friends. Or if not, you can look back on your time together as an enjoyable experiment which just didn’t work out the way you’d originally hoped.

These time-tested break up guidelines will help you through the messy business of ending a relationship.

If you follow the above points you may manage to achieve that rarity: a civilized break-up. You and your ex might even move into a pleasant post-relationship friendship. But if, despite your best efforts, the crockery begins to fly…duck.

In the end, as much as it might be hard for your partner to accept this, if you don’t want to be with your partner, it’s best for you both to break up. Even if your partner really wants to stay with you, if you do not love your partner any more, the relationship cannot work. Both partners need to be fully committed to a relationship for it to succeed. If you no longer feel that way, no amount of effort on your partner’s part can fix that.

Spiritual counseling is an ideal tool to use to navigate through transitions. It’s benefits include having a guide to remind us of what is so, keep us motivated, keep our eye on what’s on the other side, and to remind us that we’re growing through the transition. Someone who celebrates your evolution.

Considering the consequences of not “letting go” makes us realize the importance and inevitability of this process, if a relationship is to progress beyond a fruitless clinging on to yesterday.

Lilly is an experienced professional who has specialized in helping people with loss, heartbreak, and abandonment for more than two decades.